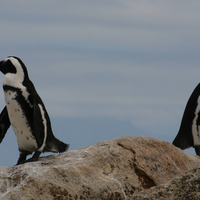 Titus 3:10 Reject a divisive man after the first and second admonition.

Romans 6: 17 Now I urge you, brethren, note those who cause divisions and offenses, contrary to the doctrine which you learned, and avoid them.

1 Corinthians 5:11 But now I have written to you not to keep company with anyone named a brother, who is sexually immoral, or covetous, or an idolater, or a reviler, or a drunkard, or an extortioner—not even to eat with such a person.

2 Thessalonians 3:6 But we command you, brethren, in the name of our Lord Jesus Christ, that you withdraw from every brother who walks disorderly and not according to the tradition which he received from us

2 Thessalonians 3:14 And if anyone does not obey our word in this epistle, note that person and do not keep company with him, that he may be ashamed.

Titus 3:10 fits right into this group. The common characteristic of these commands is to avoid contact with Christians (brothers) who are not obeying God but openly rebel against His word. The reason we should not hang out with them is because bad company corrupts good habits, and the purpose for which we should not hang out with them is so that they realize that they are wrong, and as a result, repent of their actions and come back to the light. The rejection always comes after previous steps have failed to bring the brother back into the fellowship of obedient Christians.

The command in Titus 3:10 comes after Paul told Titus to remind the Christians in Crete to ‘be subject to rulers and authorities, to obey, to be ready for every good work, to speak evil of no one, to be peaceable, gentle, showing all humility to all men... But avoid foolish disputes, genealogies, contentions, and strivings about the law; for they are unprofitable and useless.’ (Titus 3:1-2, 9). So the divisive person is not doing all those good things, but doing these bad things instead.

The Greek word that Paul used is ‘hairetikos’, from the root ‘haireo’, which means to choose (between different options). So ‘hairetikos’ (from which we get the English heretic) means to to choose something different from the group and hence causing division. Divisive is a good translation.

Titus is told to reject such folks after having warned them twice. The word for reject is ‘paraiteomai’, which comes from ‘para’ (alongside) and ‘aiteo’ (to ask, request). So it literally means to ask to go past someone and it is indeed also translated as to be excused. In the parable of the great supper (Luke 14), the same Greek word was used for the guests who excused themselves. To reject, to refuse, or to have nothing to do with, are all valid translations.

Christians who just want to debate about small details of our faith that do nothing to help people obey God, but instead bring divisions within churches, are to be warned and admonished about their behavior. If they don’t listen, warn them again. If they still don’t listen, reject them.

These commands are not often talked about amongst Christians, and are not often followed. Why not? It is probably because our culture has elevated tolerance as one of its highest virtues. As a result, we are hard-pressed to confront bad behavior of others, because we are afraid that people will consider us intolerant.

But God does not tolerate sin and neither should we. Sin that threatens the unity of believers should not be tolerated but addressed, for the purpose of bringing the sinning brother back into the unity of the Christian body. In case it fails, try again, try harder. If it then fails again, God leaves us no choice but to reject such a divisive brother.