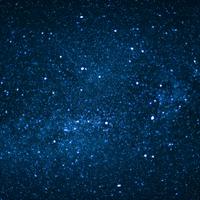 1."Blessed is the man who does not walk in the counsel of the wicked, nor stand on the path of sinners, nor sit in the seat of scoffers;2.but his delight is in law of the Lord and on His law he meditates day and night.3.He will be like a tree planted by the streams of water, that brings forth its fruit in its season/proper time, whose leaf also does not wither. Whatever he does shall prosper."

1:1-3 Wisdom literature marks out two paths: one that leads to blessings and good times, the other, a shriveled sad soul. Your desires determine the difference. In what do you delight? Are you blessable?

Meditation is thinking through Implications for Applications. Think about it. What should you do and what should you not do? See Joshua 1:8 for more.

God, help me draw my delight and strength from Your Word rather than the world. Amen

Proverbs 1:7 How Do We Become Wise?

7.”The fear of Yahweh is the beginning of knowledge; but the foolish despise wisdom and instruction.

Wisdom is choosing the right objectives and the right means of attaining them. You need both. If you don't care what God thinks, to the extent that it controls your actions (Proverbs 14:27), you are foolish.

Lord, help me know and do Your will. Amen.

1."In the beginning God created the heavens and the earth.2.Now the earth was formless and empty. Darkness was on the surface of the deep. God’s Spirit was hovering over the surface of the waters.3.God said, “Let there be light,” and there was light.4.God saw the light, and saw that it was good. God divided the light from the darkness... 26.God said, “Let Us make man in Our image, after Our likeness: and let them have dominion over the fish of the sea, and over the birds of the sky, and over the livestock, and over all the earth, and over every creeping thing that creeps on the earth.”27.God created man in His own image. In God’s image He created him; male and female He created them.28.God blessed them. God said to them, “Be fruitful, multiply, fill the earth, and subdue it. Have dominion over the fish of the sea, over the birds of the sky, and over every living thing that moves on the earth.”31.God saw everything that He had made, and, behold, it was very good. There was evening and there was morning, a sixth day.

Everything is based upon what God says. Creation starts with light (synonymous with glory, power, energy, dominion, etc, in the Bible), which is good. After we were created, it was very good.

Our understanding of being made in the image of God has to start with God as seen in Genesis 1:1-25 (He speaks; it happens; exercising dominion).

Blessing is in the intensive, intentional Hebrew verb form (Piel). Our God is the One Who Loves to Bless (see Genesis 12). All we have to do is be in a place where He can bless us.

From Genesis 1, can you figure out why we were created?

What do you have to do to be in a position where God can bless you?

My Creator and God, I praise You for revealing Yourself to be a God who does what is good, and loves to bless. Thank You for giving me life. Help me use it to know and please You. Amen.

You want to learn to read the Scriptures as written to the original audience. Genesis isn't a chronicle of creation, but... ...a preface to giving the basis of blessing (God's Revelation), in the promised land, to the Israelites, after the exit from Egypt (Exodus). As we read, we want to emphasize what God emphasizes. You want to ask three questions:

These questions lead to two more:

God in a nutshell: Powerful, good, creator, makes things happen, has a deliberate purposeful plan, sets up order, evaluates and judges (good/very good), communicates His will, blesses, and is a corporate transcendent personal being (sorry to go theological on you; this means that He has multiple dimensions to His personality, goes beyond the universe, being separate from the material world which we sense, yet, since we are reflective of Him, He has a personal identity to which we can relate). For more of God's characteristics see: “Is There A Supernatural Being, And Can He Walk And Talk?” in the 7 Questions on Truthbase.net.

Us in a nutshell: We are created, not self-caused, therefore we are dependent beings; reflective of God, having worth and value and placed on earth with a purpose; created as distinctly male and female; a cut above evolved pond scum; blessed, etc.

Genesis 1:1 Contrary to what some baseball fans believe, "In the beginning" cannot be translated "In the big inning."

v1 The Hebrew word for God ‘elohiym (which emphasizes might and power) is in the plural. Hebrews used the plural sometimes to intensify a concept. However you can find a number of other clues in Genesis 1 that the God who is One, has multiple aspects. Hmmm.

What defines a day?
When does it become 24 hours?
How would the original audience have understood a “day”?
How do you separate light from darkness?
Why the difference between the sea or earth “bringing things forth” (vv 11,12,20,24) and specific objects of creation (vv 21,25,27)? Is it just a structural progression from general to specific?

Where to go for more

Are you sure you want to delete this ?