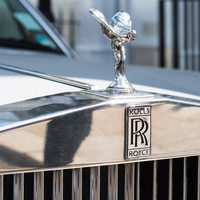 1 Corinthians 6:9
Deceived
about your inheritance

1 Corinthians 6:9 Do you not know that the unrighteous will not inherit the kingdom of God? Do not be deceived. Neither fornicators, nor idolaters, nor adulterers, nor homosexuals, nor sodomites

This severe warning from Paul is found in his first letter to the Corinthians. In the passage, Paul blasts the Corinthians for their failure to resolve conflict amongst each-other and instead resolving the conflicts in secular courts. He argues first that they should be mature enough to judge issues among themselves, but in case that fails, that they should choose to rather be wronged.

1 Corinthians 6:8 No, you yourselves do wrong and cheat, and you do these things to your brethren! 9 Do you not know that the unrighteous will not inherit the kingdom of God? Do not be deceived. Neither fornicators, nor idolaters, nor adulterers, nor homosexuals, nor sodomites, 10 nor thieves, nor covetous, nor drunkards, nor revilers, nor extortioners will inherit the kingdom of God.

So first, what does it mean to inherit the kingdom of God? It cannot refer to our justification salvation because that is through faith in Jesus alone (John 3:16, Ephesians 2:8) and not through avoiding this list or other sins. So what does it mean to inherit something? We usually inherit things when family members pass away. They decided, before their passing, who was going to get what. And they typically give more to those people who loved them, and less or nothing to those who treated them badly. It was their stuff so they are free to choose what should go where.

It is not different with God. Throughout the whole Bible, God clearly gives more blessings to those who are faithful to Him and far less to those who disobey Him. If you disagree, please do read Deuteronomy 28 or Matthew 16:25-27. Our treasure in Heaven is our inheritance and we can increase it by being faithful servants of God, or forfeit it through ongoing sin.

If you want a large inheritance, you have to be a good and faithful servant who is doing good works (Luke 19:17, Revelation 22:12), and avoid the behaviors Paul mentions here. Space and time fails me to explain all these terms in detail, but a more detailed exposition of them can be found in the Daily Truthbase commentary on 1 Cor 5 and 6.