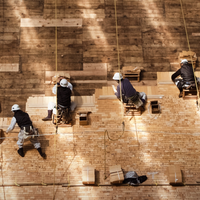 Galatians 6:4 Examine
your own work

Galatians 6:4 But let each one examine his own work, and then he will have rejoicing in himself alone, and not in another.

We find this verse in Paul’s letter to the Galatians. It’s a neat verse and has some good applications. Let’s first look at the context and then at the Greek, to get a good understanding of what it means.

Earlier, Paul was writing about the duty Christians have to restore brothers that are caught in sin:

Galatians 6:1 Brethren, if a man is overtaken in any trespass, you who are spiritual restore such a one in a spirit of gentleness, considering yourself lest you also be tempted. 2 Bear one another’s burdens, and so fulfill the law of Christ. 3 For if anyone thinks himself to be something, when he is nothing, he deceives himself. 4 But let each one examine his own work, and then he will have rejoicing in himself alone, and not in another. 5 For each one shall bear his own load.

In verses 1 and 2, he states that if someone is overtaken or caught in a pattern of sin, we should help them by addressing it and helping them bear whatever burden they have. The Greek word for burden is ‘bare’, a heavy load (like a rock or canon). Helping other Christians is fulfilling the law of Christ (to love your neighbor as yourself), and is of course a very good thing.

But, as is often the case, something that is very good can become bad if it is not viewed from God’s perspective. If you help someone else with an issue they struggle with, it is very tempting to compare yourself with that person. As a result, you may become prideful and see yourself as being better than they. Paul realizes that this temptation exists and warns against it strongly and immediately, in verse 3. He explains what we should do instead in verse 4, which we will dive deeper into below. In verse 5, he mentions that Christians should bear their own load, which at first seems to contradict verse 2. However, he uses a different Greek word here (`phortion`), which is the word for cargo, and thus in this context refers to the weight a single person can carry (as in a backpack).

In order to not get prideful, by comparing ourselves with others, Paul tells us to instead examine our own work. The Greek for examine is ‘dokimazo’ and it means to prove, or to test to see if the object under investigation is genuine. The word for work is ‘ergon’ and it means work, employment, labor, or deed. The same word is used near the very end of the bible.

Revelation 22:12 “And behold, I am coming quickly, and My reward is with Me, to give to every one according to his work.

We must all carefully examine our own works, to see if they are the kind of works that Jesus will reward when He comes back. Now we all have the tendency to justify our own works, and we all typically see ourselves as ‘good people’. Even more so when we compare ourselves with some other folks, who may not have their act together as well as we do.

There is only one way, really. And that is to spend a lot of time in God’s Word, to discover for ourselves what God wants. God tells us about which good works He requires of us, and for which He saved us (Ephesians 2:10). Once we know what these good works are, and upon investigation we find ourselves doing them, then we can look forward to receiving the rewards He promised. That is indeed a reason to rejoice.