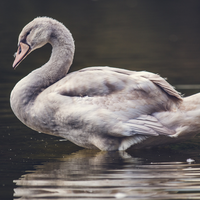 Revelation 22:11
Being
Dirty or Clean

This is an interesting verse. It appears on the last page of your bible, at the end of the book of Revelation. These words are spoken by an angel to the apostle John, during the visions that John received about the end-times. The angel had just said that 'the time is near' and is describing the new heaven and the new earth in chapters 21 and 22. In this context comes our verse.

The verse has four imperatives. Each one has the following structure: 'let those who do X continue to do X'. Two times, X is something bad, and two times it is something good. The first item, being unrighteous (from the root 'adikos', its the only participle in the group), has its parallel in the third item, those who are righteous (from the root 'dikaios', so the opposite). And the second item (those who are filthy) has a parallel with the last one (those who are holy).

Is this an encouragement for people who sin, to keep on sinning? If so, it would go against hundreds of other verses that encourage people to do what's right. It is therefore either cynical, or it describes the general state of things. People over time become more and more the kind of person they choose to be. We are a product of our choices. People who do bad things become will over time dull their conscience, and as a result they become worse and worse. Likewise, people who train themselves to be godly and try to make the right choices, will become more and more pleasing to God. So whether is is cynical or whether it describes the general state of things, I do not know, it could be both.

But to underscore that it definitely does not encourage people to sin, all we need to do is read the next few verses. They demonstrate that the bible is still encouraging people to do what's right, because they tell us that there are consequences of our actions:

Revelation 22:12 “And behold, I am coming quickly, and My reward is with Me, to give to every one according to his work. 13 I am the Alpha and the Omega, the Beginning and the End, the First and the Last.” 14 Blessed are those who do His commandments, that they may have the right to the tree of life, and may enter through the gates into the city. 15 But outside are dogs and sorcerers and sexually immoral and murderers and idolaters, and whoever loves and practices a lie.

In these few verses we learn that Jesus will reward people upon His return, according to what they have done. These rewards are positive for those who did good things, and negative for those who did bad things. 2 Peter 2:13 uses the same word for reward ('mistos'), and there it is something that happens to unrighteous people. Its payback. In verse 15, we see that in the new earth (the place people generally call heaven), that those who are righteous are allowed in the city, whereas those who are characterized by sin, have to stay outside. These sinners made it to the new earth, so they are believers, but they were bad believers, so they are paid back according to what they've done.

The best interpretation of verse 11 in its context therefore seems to be something like this: "If you are sinning, sure, continue to sin. Just know that there are consequences of your actions. So, its better to do good, and keep doing what is good."

Doing what is good is not always easy, but totally worth it. Jesus will pay back according to our works. We can't earn our way into the new earth, we are saved through faith, but our position in the new earth depends on our works now. So be righteous and holy, and continue to be so still!