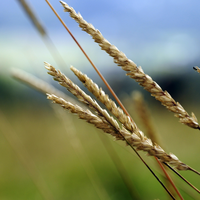 1Timothy 4: 15 Meditate on these things; give yourself entirely to them, that your progress may be evident to all.

This verse is found in the first letter from Paul to Timothy. Paul instructs Timothy to meditate on some things. The word for meditate is ‘meletao’, which comes from ‘melete’, which means to care. It is translated as to care for, to attend to carefully, to ponder, and to meditate. Paul wants Timothy to carefully and diligently think about the things he had written earlier. And the things he had written earlier were instructions about how to correct people who were teaching falsehoods in the Ephesian church, and how to teach Christians to live lives that were pleasing to God.

The final phrase gives a purpose statement for these two commands, because it starts with a ‘hina’ and its main verb is in the subjunctive tense. The Greek words in this last phrase mean exactly how they are translated, so we can state this phrase as follows. The purpose for which Timothy must meditate on Paul’s teaching and devote himself entirely to it, is so that his own progress may be obvious to all.

This is an interesting point. We Christians are commanded to be humble, and not to seek honor from people. Yet Timothy should do things so that people (and God) could see his progress. What does it mean if the people in the church in Ephesus would see Timothy’s progress? They would see him change, becoming wiser in his decisions, more convincing and consistent in his speech, and more eager to serve. As a result, they would be more inclined to follow his instructions and teachings, which were rooted in Paul’s instructions and teachings, which in turn came from Christ himself.

The next verse tells us, that if Timothy would persevere in this, he would be able to save both himself and those who heard him. This shows that salvation does not always mean ‘believing that Jesus died for your sins’ because Timothy clearly already believed that himself, so he was already ‘saved’. The salvation in this verse refers to our ongoing sanctification resulting in our future glorification.

The application for us today is that we also should meditate on the teaching from Christ and the apostles, and give ourselves entirely to them, so that all can see our progress, and that we might be able to save both ourselves, and those who hear us.